75% of our food contains sugar. Because it can cause diseases such as diabetes, tooth decay and obesity, there are more and more alternatives to choose from.

Indeed, the food industry is now using other sugars called sweeteners, are also known as a sugar substitute or pseudo-sugar, refers to a substance that adds sweetness to foods. For example, corn syrup, honey , Erythritol, Xylitol, Coconut Sugar, Cane Sugar, Maple Syrup, Agave Syrup, Black Molasses, Aspartame etc … Some sweeteners are calorie free, some are lower than table sugar (sucrose), and some are sweeter than sugar. 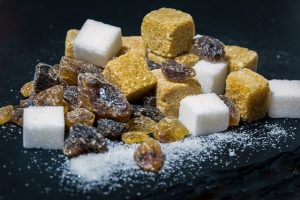 Sugar has become a real must in our cups and plates. It is consumed in different ways depending on the culture, it can accompany dishes in Asia and rarely in Africa. Faced with the danger of its abusive consumption, several types of sweeteners are proposed in order to regulate the consumption of sugar. There are three categories:

– Sucrose is the most well-known natural sugar in our diet. It is a disaccharide composed of one molecule of glucose and one molecule of fructose which are released and absorbed separately after digestion. Sucrose, brought by the extraction of sugar beet or sugar cane juice, has many properties, so it is not only a sweet molecule. In food technology, it is also a preservative or an essential texture agent (palatability). It colors the product, gives brightness, and improves the flavor.

– Glucose , also called dextrose, is a monosaccharide obtained by complete hydrolysis of starch. Because it is very similar to sucrose, it can be substituted for many foods that require less sweetness than sucrose.

– Fructose , also known as left-handed sugar, is a simple sugar naturally present in fruits, honey, stevia (or obtained by hydrolysis of sucrose. The sweetest fructose is stevia (200-400) with more sweetness than sucrose. Stevia-based products are highly recommended (Erythritol).

They can also be called bulk sweeteners , or nutritive. In this group we found isomalt, sorbitol, mannitol and xylitol. These are sugar alcohols obtained from hydrogenated starch or sucrose; they have a mass effect and can replace natural sweeteners in foods without adding other substances. Their advantage is that they are not cariogenic, which is why they are mainly used in candies and sugar-free chewing gums.

Synthetic sweeteners can be called artificial or non-nutritive sweeteners . They include saccharin, cyclamate, aspartame and acesulfame K. They are chemical mimics of protein molecules and can be softened without adding calories.

The mere mention of concepts such as “chemical” and “synthetic” already raises questions about the relevance of the use of sweeteners .

sweeteners: why consume them?

A number of observations from various studies do not really encourage the massive use of sweeteners . If it is true that sweeteners do not bring a glycemic peak, unlike sugar, they nevertheless have a role to play in the stability of the glycemic level.

How to consume sweeteners?

For large quantities of these sugar substitutes (polyols), there is no recommendation for consumption, but the limit should not be exceeded to avoid signs of digestive discomfort (flatulence, diarrhea) related to fermentation; these values ​​are between 20 and 50 grams per day.

For synthetic sweeteners , the acceptable daily intake corresponds to the dose that does not present any health risk over a lifetime. This dose does not represent the threshold of toxicity, but a level of consumption without risk.

Which sweetener to choose?

Natural sugar substitutes are highly recommended to stay healthy. Among them we can mention: 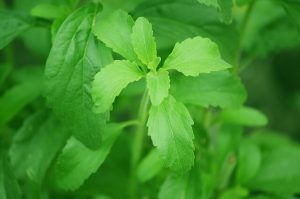 Close up of the Stevia sweetener plant

To conclude we can say that artificial sweeteners are 20,000 times sweeter than sugar, but do not contain any calories. However, unlike sugar, they have no energy value. One of the best known effects of sweeteners is to cause glucose intolerance, which is related to type 2 diabetes.

Before consuming them, let’s remember that sugar, like any organic and energetic constituent, needs to be regulated for better stability and health. However, shouldn’t we choose the least dangerous one?

Did this article help you? Please leave your comments!

END_OF_DOCUMENT_TOKEN_TO_BE_REPLACED

9 vitamin D benefits you should know

END_OF_DOCUMENT_TOKEN_TO_BE_REPLACED

6 benefits of Quinoa : the Supergrain

END_OF_DOCUMENT_TOKEN_TO_BE_REPLACED

3 Things you need to know about carbohydrates

END_OF_DOCUMENT_TOKEN_TO_BE_REPLACED

2 digestion processes to learn about

END_OF_DOCUMENT_TOKEN_TO_BE_REPLACED

10 types of diet you should know