9 vitamin D benefits you should know

Vitamins are organic substances found in food and are essential for the proper development and functioning of our body.

One of the most popular is vitamin D , known as the sunshine vitamin , because the body obtains it through sun exposure . In this article, we will see how it works and everything you need to know about it.

Vitamin D: what do you need it for?

Vitamin D is also called calciferol because one of its main functions is to facilitate the absorption of calcium in our body. Calcium is the main component of our bones. Lack of vitamin D causes calcium deficiency and thus increases the risk of bone diseases such as osteoporosis or rickets. Therefore, it is also called anti-rickets.

In addition to its relationship with calcium, vitamin D also fulfills other functions, among which it is involved in cell growth and in the transmission of nerve impulses to the muscle; participates in blood coagulation and increases intestinal absorption of calcium and phosphorus.

Where can you get vitamin D?

There are three main ways your body can get the vitamin D it needs to function normally.

The first is from food. It is naturally present in fish oil , liver fillets and eggs. The problem is, there aren’t many foods rich in this vitamin which, decades ago, caused many cases of rickets in children. For this reason, in some countries certain foods have started to be fortified, including dairy products: milk, yoghurt and cheese, as well as breakfast cereals or packaged orange juice.

The other way is through sun exposure, when ultraviolet rays work and change a compound called 7-dehydrocholesterol. It is estimated that about 50% of the vitamin D we have, comes to us through the sun, but we need to get enough sunlight: about 10-15 minutes three times a week.

In addition to keeping bones strong, the sunshine vitamin has been linked to a lower risk of several diseases, including osteoporosis , hypertension, and cancer. However, other research suggests that vitamin D supplements may not be the cure.

The sunshine vitamin was initially mislabeled, because it was believed that it could only come from diet, yet today it is recognized for what it is, a hormone, which after being synthesized by skin exposed to UVB rays, is metabolized in the liver and kidney , until it reaches its active form 1,25-dihydroxy vitamin D , where it is administered at the cellular level so it can perform different body functions.

The third source of the sunshine vitamin comes from supplements which, as the name suggests, fill the vitamin D deficiency or insufficiency that cannot be achieved by the other two means. However, the recommendation is always to consult a specialist, to have an accurate diagnosis before starting to consume a vitamin D supplement. 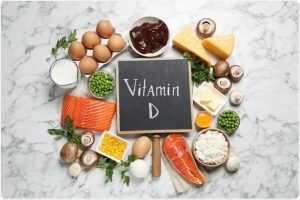 Among the different biological processes in which vitamin D is involved, since it has receptors (RVD) in many human cells:

Regarding the consequences of a lack of vitamin D in the body, the deficiency is not a disease, it rather affects the appearance of other diseases, including osteoporosis, rickets in children, osteoarthritis, cardiovascular problems, muscle weakness, depression and even cancer risk. For this reason, it is important to know our level of this vitamin in the body, and in case of insufficiency, consult a health professional.

As mentioned earlier, low levels of vitamin D can be caused by a lack of sun exposure or the type of diet. But a deficiency of Vitamin D can also occur for several other reasons:

There are problems with the digestive tract that prevents proper absorption of the sunshine vitamin . Certain medical conditions, including Crohn’s disease, cystic fibrosis, and celiac disease, can affect the ability of the intestine to absorb this vitamin from food.

Obesity: As the nutrient is taken from the blood by fat cells, which changes its release into the circulation, people with a body mass index of 30 or more can often have low levels of this element in their blood.

Some studies have proven the relationship between vitamin D and seasonal affective disorder, schizophrenia, and depression. Researchers believe that because this vitamin is important for brain function, insufficient levels of this nutrient may play a role in regulating our mood and other mental illnesses.

In addition to these studies linking nutrient deficiency to depression, they also link it with certain chronic diseases, including high blood pressure, diabetes , and autoimmune diseases.

In the event of depression linked to a low level of vitamin D , it is suggested to seek psychiatric and psychological support. Because, in addition to increasing food intake, sun exposure and / or supplementing this vitamin, people with depression should also take steps to relieve symptoms of depression.

Vitamin D: What level to maintain?

People with diseases such as:

Diseases that lead to a chronic inflammatory process in the body, endocrine diseases, kidney disease, bone disease, among others, must maintain the vitamin levels between 30 and 60 ng / ml. 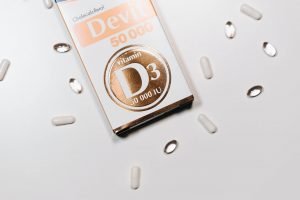 Several studies show that daily doses of 10,000 IU are completely safe. However, very high doses of this vitamin combined with low fluid intake can increase the risk of kidney stones. To avoid this, simply drink fluids in the recommended amount (2-3 liters per day, at least).

Don’t forget to tell us what form of vitamin D you take and why.

TO READ: 2 DIGESTION PROCESSES TO LEARN ABOUT