30 Superfoods that everybody must know!

Today, in the face of food scandals, it is increasingly common to turn to “mother nature” to find nutritious, healthy and natural foods. Among the foods that have gained a great reputation recently are superfoods. Not only because of globalization, which has made them known to the whole world, but also because of their exceptional nutritional values ​​and protective qualities.

Superfoods: what are they?

According to the Oxford English Dictionary : “A superfood is a nutrient-rich food that is considered particularly beneficial to health and well-being .”

In other words, superfoods are fruits, vegetables, seaweeds or plants with a high nutritional value that provide numerous health benefits. They have high quantities of nutrients, antioxidants, enzymes, minerals, vitamins, fibers, trace elements, essential fatty acids, essential amino acids and proteins. These nutritional qualities allow us to cover our daily needs, to complete certain insufficient intakes, or to serve as a basis for a healthy diet.

What should I start with?

We have compiled a list of the top 10 superfoods for you, to introduce you to the benefits of these foods. 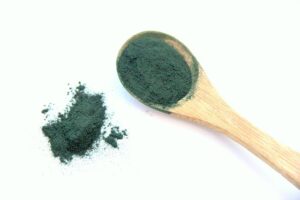 Wooden spoon with green spirulina powder in and outside of it.

Since its existence (3 billion years), spirulina has been considered as a spiral algae. It has an exceptional nutritional composition composed of a variety of elements essential to the body. It is rich in proteins, antioxidants (carotenoids, phycocyanin) and gamma-linolenic acid (the omega-6 family).Spirulina also contains many vitamins: vitamins A, E, D, K, B1, B2, B3, B6, B8, B9 and B12. Spirulina can be consumed in the form of powder, capsules, tablets or flakes. 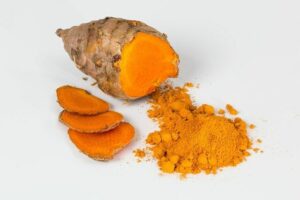 Orange turmeric half plat, slices on the side and turmeric powder.

Native to India, turmeric, traditionally used as a spice in cooking, has many health benefits. Thanks to its anti-inflammatory power, it reduces post-operative joint pain. Turmeric also cures and prevents inflammatory diseases of the liver and intestine. As well, the World Health Organization has recognized the role of daily consumption of turmeric in reducing inflammation and its preventive effect on ulcers. 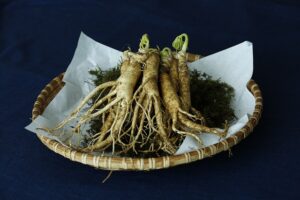 Photograph of the korean ginseng plants with roots on a plate.

Ginseng is a plant, it is characterized by its general tonic effect. It is for this reason, it is advised to consume it as of the alarm clock. Ginseng allows you to increase physical performance, maintains cognitive functions and participates in the reduction of mental fatigue. It also helps to strengthen the body in periods of fatigue and asthenia and to improve intellectual concentration. In addition, it promotes better alertness and a higher level of energy.

Warning: The advice of your doctor is thus required, if you are pregnant or breastfeeding then you should consult one. 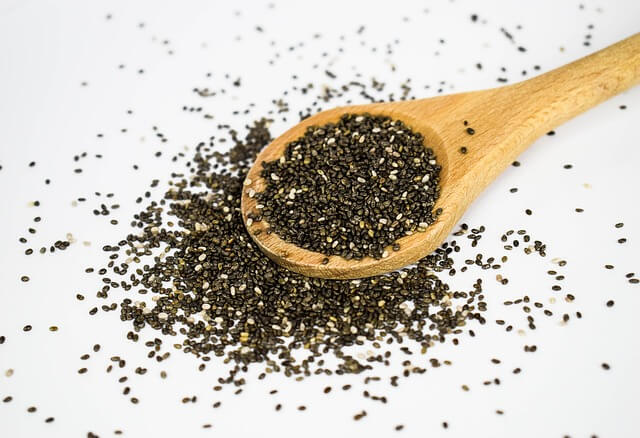 Chia seeds on a wooden spoon and under it

Chia seeds, the new trend in the world of cosmetics, care and nutrition. These tiny seeds deserve their reputation. Classified as a superfood, highly concentrated in antioxidants, low in calories and carbohydrates, rich in fiber, omega-3 fatty acids, minerals and protein.

The benefits of these “magic beans” are numerous. They facilitate transit, strengthen teeth and bones, provide better stamina, and moisturize the skin. What’s more, it’s easy to incorporate them into your recipes. Add two spoonful of chia seeds to your yogurt in the morning, and start your day healthy and trendy. 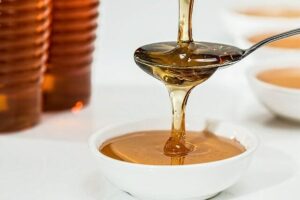 Many people are used to consuming honey on a regular basis, but they don’t know it’s a superfood! It is a great source of energy, a natural antioxidant and a great alternative to sugar. A cut? Clean it with water and then apply honey to it to help it heal. Can’t sleep? Take water or hot milk in which add 1 spoon of honey. Honey is one of the best allies for your well-being.

Like honey, royal jelly is a product of the hive. And like all products of the hive, it is also a superfood!

Royal jelly acts as a real general stimulant for the body, particularly for the immune system. It is also a source of energy : mental and physical.

It regulates the problems of metabolism, revitalizes the physiological functions and strengthens the nails and hair. It helps fight eczema and treats acne and dry skin. 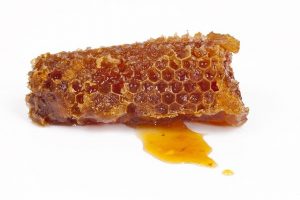 Before leaving the hive, we must talk about propolis, a product less known than royal jelly, but it is also good for the body. Propolis has shown its benefits on several occasions.  It increases the energy level, improves the state of health in general, memory and intellectual performance in particular. It also strengthens the immune system. In addition, it is ideal for healing and curing mouth sores. 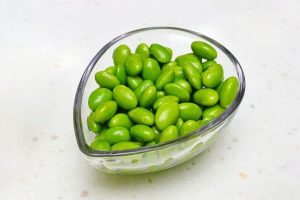 Photo of edamame green beans in a small clear bowl.

Edamame, or string bean, is a legume derived from soybeans, very popular in Japan. A superfood that was known to accompany sushi platters. Recently, the edamame has gained an international reputation thanks to its multiple healthy virtues. This soybean is rich in proteins. It represents a good alternative to meat for vegetarians and vegans. Edamame also provides good fat to our health thanks to the omega 3 and 6 it contains. 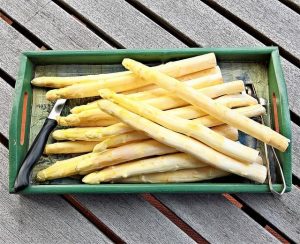 Asparagus, with its different colors, green, white or purple, a superfood that is eaten in all regions of the world. Asparagus is also a superfood! Asparagus is rich in dietary fiber, an excellent source of vitamins B9, K, A, C, and E. It is also a source of manganese, phosphorus and zinc. This super-vegetable promotes drainage and renal elimination and contributes to digestive well-being. Finally, asparagus is also beneficial for our mood, because it helps to fight depression and insomnia. 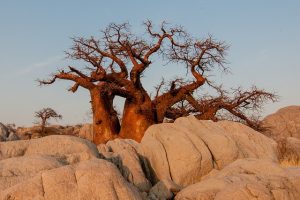 Photo of baobab tree in the desert in daylight

A superfood better known as the tree of life, the baobab has been the ally of Senegalese women for centuries for its health and beauty benefits. The world has recently discovered the virtues of this super fruit, one of the richest in vitamin C in the world (it contains seven times more than an orange).

It is also an excellent source of vitamins, minerals and fiber that contribute to the proper functioning of the immune system. It also has anti-inflammatory virtues, very effective against the symptoms of inflammatory diseases, without forgetting its benefits on the skin and hair. The baobab offers an ideal combo for your well-being.

It’s your turn now to share with us the superfoods that you’re using and how they could help you to have better health.

Newer zinc: 5 foods that are rich of it
Back to list
Older 10 Best essential oils : Essence of aromatherapy